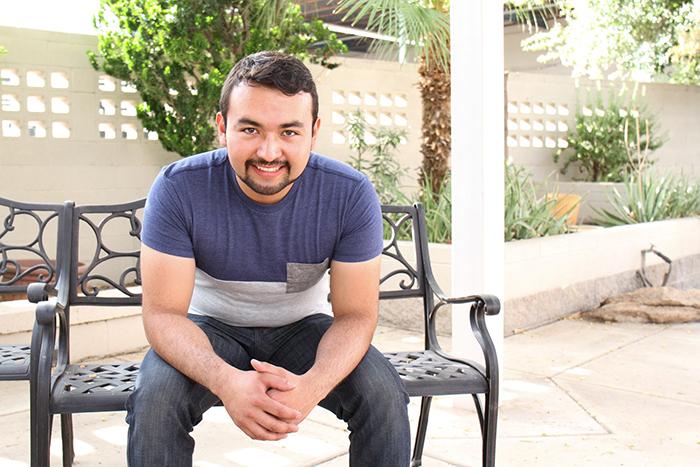 One At A Time scholarship winner becomes mechanical engineer
June 2022

Update 8/21/20: Jose continues to rise and grow his successful career. Since the publication of this article, he's accepted a position at an engineering firm in Tempe, Arizona.

Since he was a kid, Jose Suarez Ortega has been taking things apart and putting them back together. He says it all started with Legos. Pretty soon he graduated to remote control cars.

“When I took cars apart, I used to wonder if I could put in a bigger battery or a bigger motor. I was always interested in how things worked and how to make them better.”

Jose, now in his early twenties, pursued this interest and decided to attend Metro Tech, a vocational high school. While taking a technical drafting class, it all clicked for him. He knew right then and there that he wanted to be a mechanical engineer. He also knew he would do whatever he could to make that happen.

As Jose tells us his story, his mother Laura and his younger sisters sit near him, listening attentively. Laura looks at him with a big smile and shares that she had always noticed Jose’s interest in building things as a child. 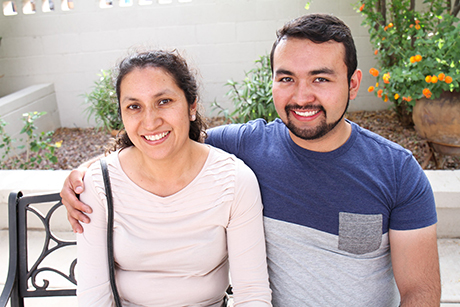 When he was a junior in high school, his counselor recommended he start volunteering at St. Vincent de Paul. He took this advice and began volunteering nearly every day of the week in the Dream Center. He also shared about SVdP’s family dining room with his parents and the family began attending. As a mother of five children, Laura shares that this was a blessing for the family.

While his family attended the evening meal, Jose continued volunteering for four years. During his second year of community college, an SVdP staff member asked if he had heard about the “One At A Time Scholarship” program. This SVdP scholarship program offers financial aid for students who might not otherwise have the opportunity to attend college.

Jose was very familiar with the application process. During high school, he applied for as many scholarships as he could to help him go to school. But after attending community college for two years, he still needed help to start a four-year engineering program at Arizona State University.

To apply for the One At A Time Scholarship, Jose had to write a personal essay and be interviewed.

“It was one of the toughest scholarships interviews I had. And it was a pretty competitive process. I was up against 7 or 8 very qualified candidates.”

The great news -- Jose won. The whole family was ecstatic.

One of his younger sisters exclaims, “It was a miracle!”

But it wasn’t easy sailing after that. Jose began his four years at ASU and the work grew more and more demanding. Since he was 15, he had been helping out the family by doing construction work with his Dad. He continued working while going to school.

“It was a really challenging time but my parents were so supportive. They gave me the time and space I needed anytime my classes were demanding, especially during junior and senior year.”

We're thrilled to share that his hard work has paid off! Jose graduated in December 2015 and was just offered a job with PERC Water. He starts his new job as a Project Engineer this month. In this role, he’ll help design a water facility plant and oversee the project as a whole, with a focus on the mechanical aspects.

Laura beams with pride as Jose shares this exciting news and says that he has become a great role model for his younger sisters.

“We’re so proud of him. This accomplishment is really important for our family as he is the first one to get a college degree,” she says. “We always tell him that in the future, if he has the opportunity, we’d like him to help others too.”

Jose whole-heartedly agrees and says he would love to help other students by creating scholarship fund of his own someday.