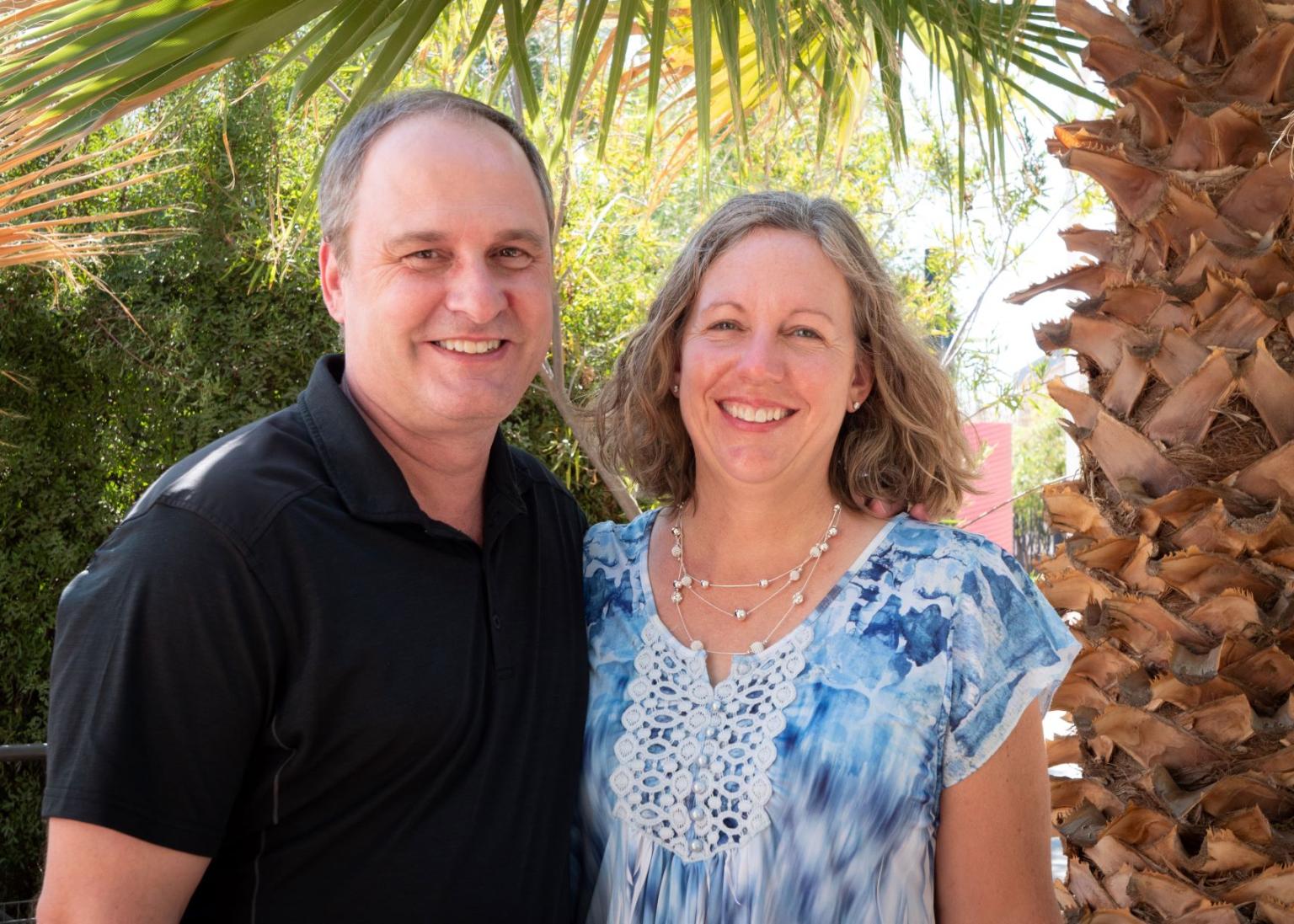 When giving is caring, it doesn’t fall far from the tree

For Chris Smith and her husband, Brian, to say giving back to the community runs in the family is an understatement. Growing up as a first-generation American in the Chicago suburb of Berwyn, Chris’ parents were both “heavily involved in their community and their church.” She recalls her dad, who escaped communist-ruled Czechoslovakia, was actively involved in various organizations and the Catholic Czech community. Her mom, who immigrated from Canada, was treasurer of the PTA among other volunteer roles.

Meanwhile, about 50 miles northwest of Berwyn in McHenry, Illinois, Brian’s parents were one in the same, teaching their children by their actions, volunteering in their parish and hometown. Today, you can find the Smith family name on the bricks in Fort McHenry park. There, an elaborate wooden play structure stands (and is enjoyed by kids of all ages), made possible in part by Brian’s sister, who helped raise funds to build the park playground.

College sweethearts Brian and Chris met at the University of Illinois Urbana-Champaign, married in 1989 and moved to Arizona in 1990. They settled in Ahwatukee where they would raise their three sons, Jason, 27, Ryan, 25, and Logan, 22.

“I was fortunate to stay at home — it was the choice we made after our first son was born,” said Chris, who had been working in a lab that analyzed water and wastewater. As the boys grew and entered school — elementary through high school — Chris’s love of volunteerism grew too. Not only did she serve as PTO president at her kids’ elementary and junior high schools (serving two president posts in the same year), Chris also served as Cecere president of the Track and Field Booster Club and the Orchestra Club at Desert Vista High School. Also, at Desert Vista, Brian served as treasurer of Boys Cross Country.

“As the boys were growing up, it felt good for us to be involved and aware.”

“As the boys were growing up, it felt good for us to be involved and aware,” said Chris, who first learned of St. Vincent de Paul through their parish. The Smiths contributed to various SVdP donation drives, knowing “this local chapter is the biggest in the country.” Susan Junker in SVdP’s Development department contacted Chris with an invitation to learn more, encouraging the Smiths to tour the Human Services Campus.

“Susan introduced us to all St. Vincent de Paul does, and seeing everything firsthand, we were impressed to say the least,” said Chris, noting “far reaching services,” particularly the Medical and Dental Clinics. “Being parents, we know kids have to go to the dentist, and St. Vincent’s wide scope of outreach services to families is just amazing.”

When Brian and Chris visited Ozanam Manor, they were moved by a resident who was gushing with pride and appreciation for her personal space at the transitional shelter and how it is a safe haven and has turned her life around.

“Meeting the people whose lives are impacted by the programs, not to mention seeing such a caring, respectful staff, we knew we were definitely donating to the right place.”

“Meeting the people whose lives are impacted by the programs, not to mention seeing such a caring, respectful staff, we knew we were definitely donating to the right place,” said Chris. “We felt they (SVdP) use their resources well. They don’t discriminate. They help everyone and our community is better for it.”

Before the pandemic hit, Chris and Brian volunteered with a church group from St. Benedict’s, serving brunch on Saturdays in the downtown Phoenix Dining Room. When COVID-19 limited the number of volunteers, Chris was part of the food prep assembly line, working alongside members of the National Guard, to help prepare to-go meals.

“With COVID, the need in the community was greater,” explains Chris. “People who were struggling before are struggling worse, so this year we didn’t wait until December to make our contribution.”

Before in-person volunteering returned this fall, Chris missed the social aspect of serving the most and looked forward to the day she and her husband could do more. “What I’ve learned is it’s about meeting with people, reaching out, having relationships with people.”

“What I’ve learned is it’s about meeting with people, reaching out, having relationships with people.”

As for the Smith’s three sons, they’re giving back in other ways: Jason’s passion is environmental issues and he works in animal education at Disney’s Animal Kingdom; Ryan, currently working on a PhD, applied to volunteer on a California search and rescue team; Logan, who studies mechanical engineering, is president of Cal Poly Tau Beta Pi, an engineering honor society.

When asked if the desire to give back is in her family’s DNA, Chris responds, “It comes down to our faith. We’re supposed to help the poor, the sick…that’s what we read in the gospel. We’ve been blessed to help, but it’s not just giving, it’s caring.”

“We’ve been blessed to help, but it’s not just giving, it’s caring.”

Chris can’t help but think back to the resident she and Brian met at Ozanam Manor, “Sometimes giving is just listening, having a conversation with someone, showing them that you care.”

How will you show someone in need that you care?
Make a gift. Volunteer. Host a drive. 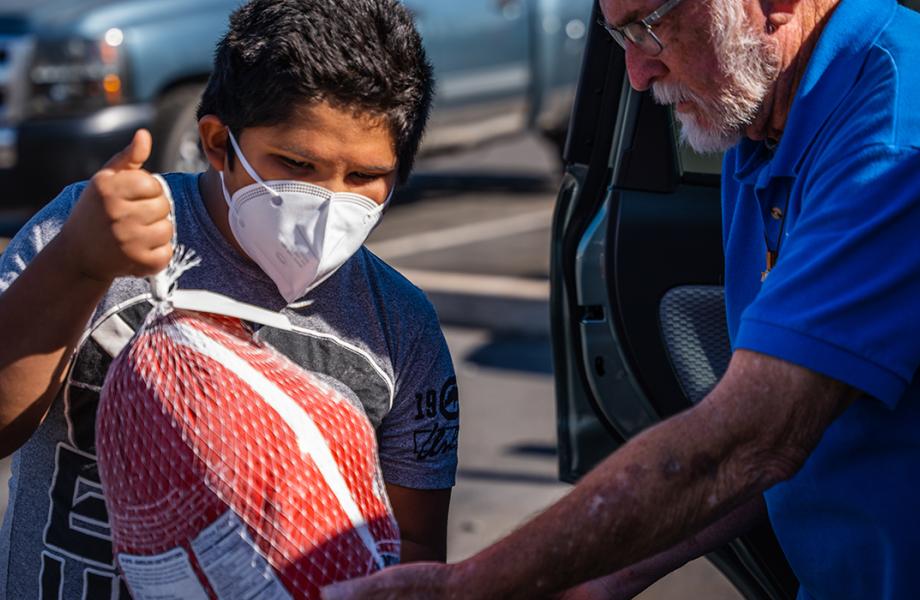 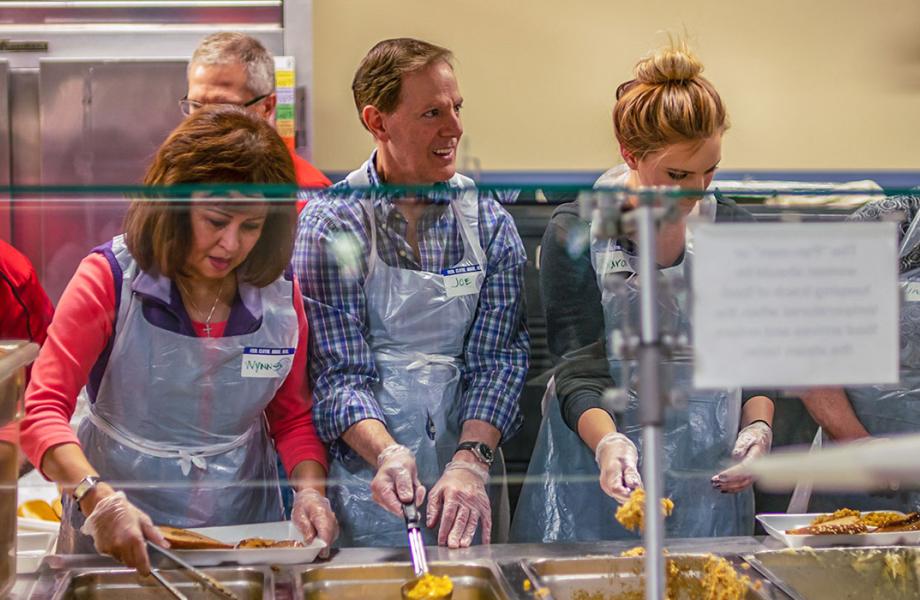