Navy veteran is finding home with our help 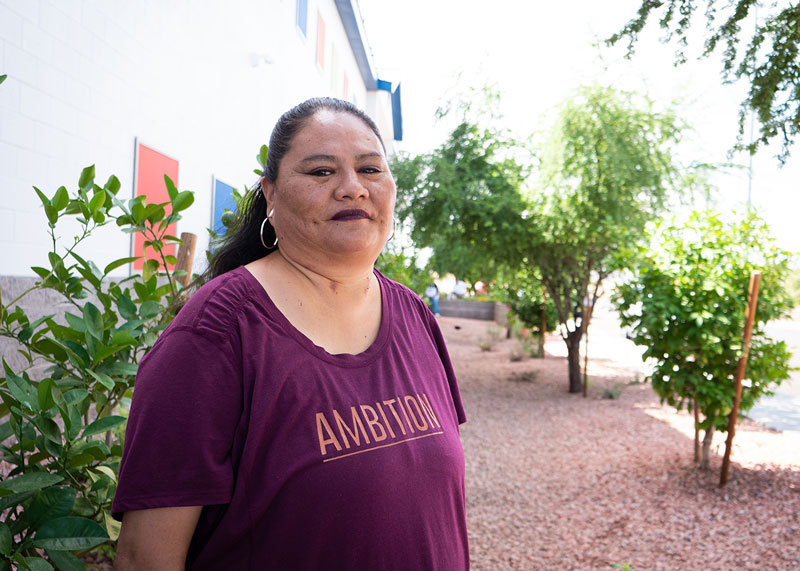 Holly Wright, 46, left her daughter’s Phoenix home in a hurry without thinking. She took nothing with her — no food, no toiletries, no furniture.

The daughter, after being laid off as a result of the COVID-19 pandemic, no longer needed her mother to watch the kids. After a disagreement, Holly left.

With the little bit of money Holly had, she turned to an old, familiar comfort — booze.  Holly went to a park, got drunk and lived there for a week until she sought help and got connected to St. Vincent de Paul’s Ozanam Manor, a transitional shelter for veterans, seniors and/or adults with disabilities. Now Holly, who is a Navy veteran, is back on the road to self-sufficiency in spite of her challenging past. 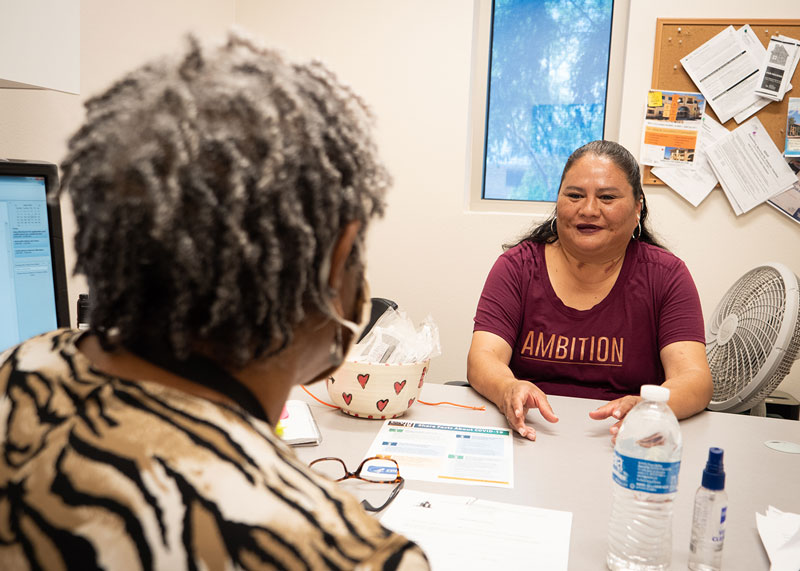 The week in the park wasn’t Holly’s first bout of homelessness. She had lived on the street for extended periods of time before (up to two years), in part because of chaotic romantic relationships, but also because of her personal struggle with alcoholism. Twelve years of service in the Navy left her with post-traumatic stress disorder and troubling mental health that pushed her toward an all-too-familiar coping mechanism.

Alcoholism had plagued Holly since childhood with the death of her mother from an alcohol-induced seizure and eventually the death of her father from cirrhosis. She says alcohol is everywhere in her hometown of Whiteriver on the Fort Apache Indian Reservation in Navajo County, Arizona.

After graduating from high school in 1992, Holly left her hometown to join the Navy back east. It was a whole new life. As a third class engine petty officer, she built up skills she had learned on the reservation and worked as a diesel mechanic and hydraulic tech on the USS Jason (AR-8) repair ship.

She met her first husband in the service. They had two children, and it pained Holly to be away from them during deployments, so she decided against re-enlistment. Unfortunately, the marriage didn’t work out.

Holly brought the kids back to Arizona, where she used her GI Bill to study diesel mechanics and graduate from the Arizona Automotive Institute in Phoenix. That earned her work in the field, but a new, abusive boyfriend sent Holly on a spiral into depression. She had a nervous breakdown and went back home to Whiteriver.

“That’s when the alcohol took hold,” she said.

Her aunt raised the kids, and Holly went in and out of employment and on and off the street until the U.S. Department of Veterans Affairs connected her with a rehabilitation program and helped her apply to Arizona's Housing Choice Voucher Program.

“I was sober for some months there,” she said. “Even my daughter said she could tell I was trying.”

So when she ended up in the park, she remembered the VA Community Resource and Referral Center, which had helped before and would help her again. She went through rehabilitation, and the CRRC connected her to Ozanam Manor.

“I love it here,” Holly said. “They got me in super quick, and they had everything — bedding, laundry pods. We don’t need or want for anything.” 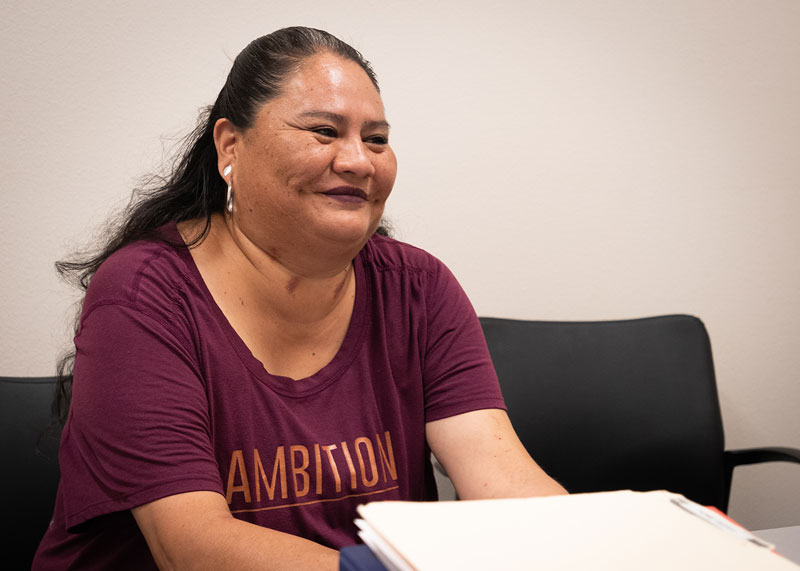 Every day Holly feels the hold alcohol had on her become more and more a thing of the past. She’s also working with her SVdP case manager to re-open her housing voucher, which would be a huge relief not only for Holly, but also for her husband, Leonard. Holly remarried, but she and her husband have had to live apart while solving their housing situation. Leonard is staying with his uncle for now.

"We've both struggled together with the homelessness and being seperated," Holly said. "We can't wait to be together again."

While the housing voucher is in process, Holly is searching for an affordable rental. The pandemic has made that tough with social distancing and limited or virtual-only tours.

“It’s a weird and chaotic time to be going through this,” Holly said.

But still, she’s hopeful. Medication helps her keep her depression under control, and she keeps her own spirits up by surrounding herself with positive people and focusing on the potential of the future. Holly plans on using her stimulus check for her rental deposit and even has a job lead working customer service for a travel website. Injuries and lack of youthful vigor keep her from working on diesels anymore.

“I’m very computer literate though,” Holly said. “I’m still able to work, and I like being self-sufficient and doing things on my own.”