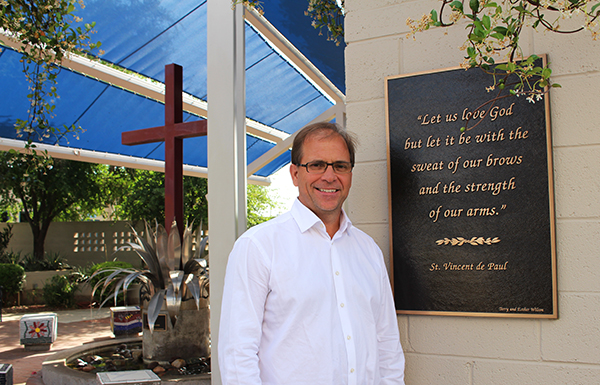 The first time Randy Voigt visited St. Vincent de Paul’s main campus, he knew he had to come back. Now, more than two and a half years later, he was named one of the organization’s volunteers of the year during a luncheon on April 23.

Voigt, who leads the volunteers every Thursday during dinner service at the organization’s Family Dining Room, said he decided to volunteer after realizing he wanted to make a difference in his community but could not afford to donate large amounts of money.

Instead, he searched online for nonprofit organizations where he could work with children. After finding St. Vincent de Paul’s Dream Center, an activity center where kids who attend the Family Evening Meal can engage in activities such as art, crafts and homework tutoring, Voigt signed up to help.

“I really had a great first experience,” he said. “I spent time with a little boy who was a great reader, so naturally I decided to come back. Since then, I’ve been here every week.”

A few months later, the dining room manager asked Voigt if he could help lead volunteers during dinner service.

“I love it,” he said. “After coming here for so long and spending time with the people we serve, I can tell you we get out of it way more than they do.” 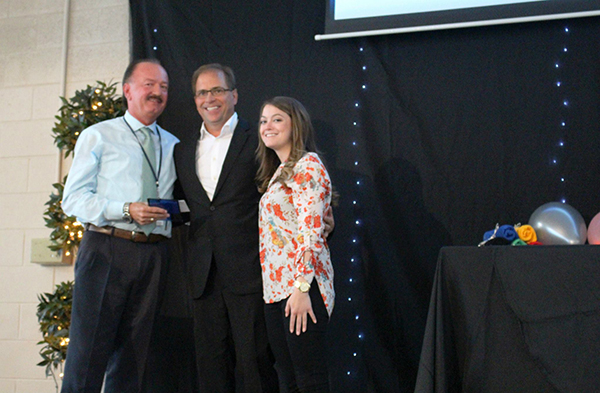 Todd Cooley, SVdP’s Business Relationships manager, nominated Voigt for the award. He said the decision to nominate him was an easy one.

“Randy has been an amazing volunteer over the last couple of years, and he ignites the spirit of everyone he touches,” he said. “His passion for our organization is extraordinary.”

Cooley said what makes Voigt such a valuable volunteer is his continued commitment to getting other people involved. Voigt, who works at UTC Aerospace, has recruited 60 of his workmates to join him in volunteering over the last year. But his influence doesn’t end there: one of his daughters organized a month-long food drive to benefit the organization.

“I was about in tears when I found out I had been nominated,” Voigt said. “And then when I heard I won, I just couldn’t believe it.”

Voigt’s two daughters, workmates, neighbors and other friends came to support him during the event, in which he was not only an award recipient, but was also the inspirational speaker.

Established in 1946, SVdP is dedicated to feeding, clothing, housing and healing our neighbors in need across northern and central Arizona. Some of the programs include services for the homeless, medical and dental care for the working poor and charity dining rooms.