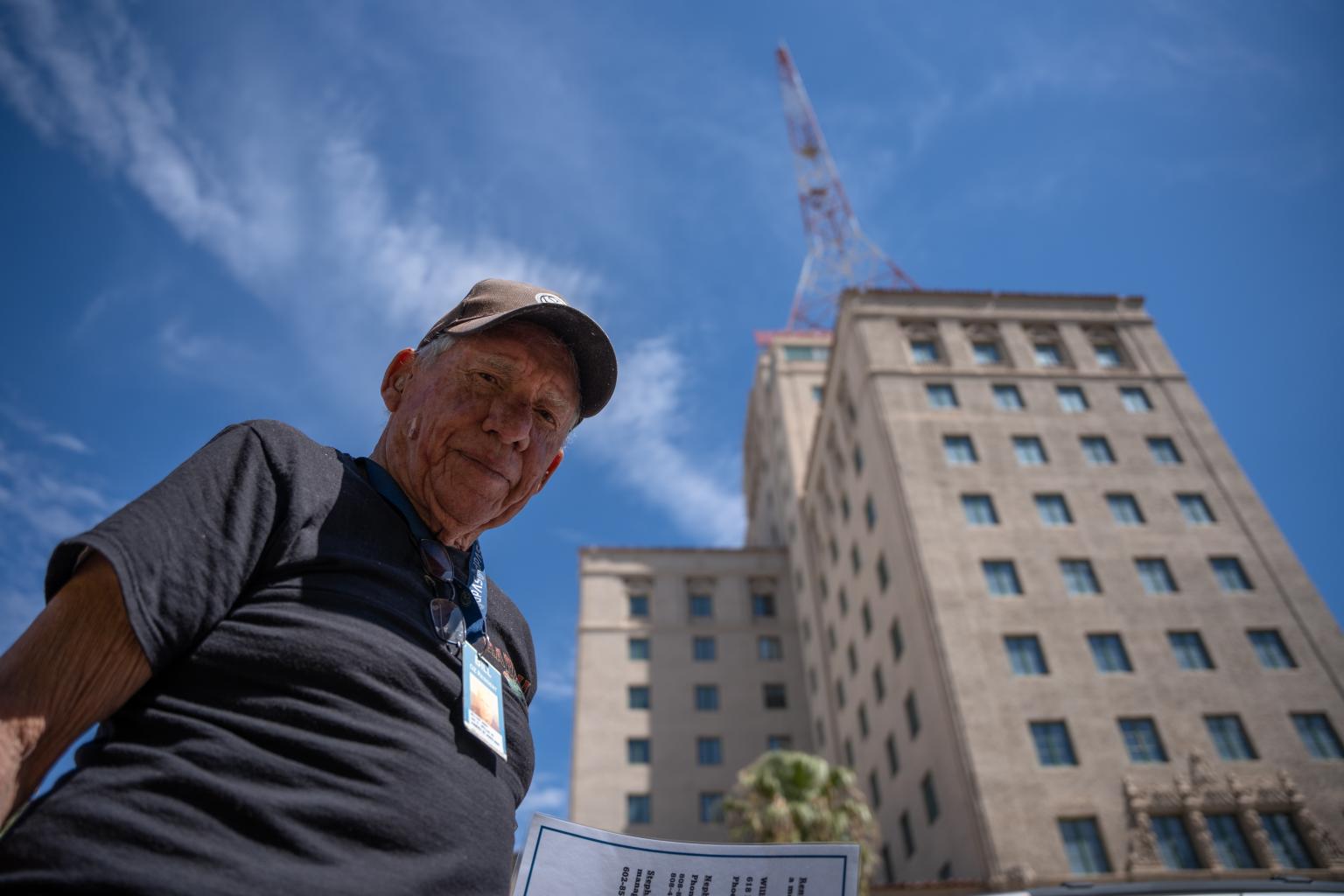 Bill Barry, an 86-year-old Phoenix native, unlocked the door and stepped into his apartment. Light flooded in through the large windows that lined the entire flat. The walls were ready for pictures, the closet eager for clothing, and the kitchen was hungry for food.

It was Bill’s first apartment in several years, as his journey had taken him from his home to a shelter, to transitional housing at St. Vincent de Paul, where staff was able to help him get back on his feet and find a place of his own.

Bill has seen Phoenix rise just like the bird it takes its name after. He was born here in 1937 and saw Phoenix grow from a small rural farming community in the middle of a desert to the fifth biggest city in the United States. When one travels around the city with him, Bill often points out buildings and knows when they were built or what the area was like before it was developed.

But as he has seen Phoenix grow and continue to develop, he came into a time of need.

After Bill retired, he discovered that his pension was not enough to support him in Phoenix, where the cost of living has skyrocketed since Bill’s earlier years. He lost his house, and with little family (only a nephew living in Hawaii), he had no choice but to move into his car.

Another nonprofit organization helped him get into another shelter, but it wasn’t a good fit, and he was moved to Ozanam Manor, SVdP’s transitional shelter for adults and veterans over fifty and/or disabled.

At first, he was wary of “Oz,” as it’s referred to, but the atmosphere and dignity of the place quickly won him over.

“You can tell, everybody’s always cheerful all the time here,” he said.

He spent eight months at Oz when he had an accident that broke his leg. Requiring additional care, Bill had to move to a different facility, but after he healed, he liked Oz so much that he wanted to come back. He’d found real hope there for ending his homelessness.

He spent another year at Oz, where he was able to make further connections with the staff and residents, despite being a self-proclaimed “loner.” He liked to spend time reading in his dorm, and often he visited the library in downtown Phoenix.

While at the library, he would cut out photos and text from magazines and scan them onto one image, developing a fresh style of unique photo collage. (He complains that photocopies used to be free.) He hung these around his dorm at Oz and taped them onto his clothes or hats in prideful exhibitions.

Over time, his case worker, Stephanie, helped him to find housing that he could afford. In August, he moved into The Westward Ho.

As staff from SVdP brought in his baskets of belongings, he stood in his living room and just took in the space. There was so much room in his new living room, he didn’t know what to do with it.

Since moving in, he’s settled down and gotten used to his new arrangements.

“It’s just a nice enclosure. It’s my own dorm! That’s what’s good about it,” he said. “I can sleep a lot better… There’s more room to put all the stuff that I’ve collected over the years.”

Despite filling out his new space, Bill hasn’t forgotten about the people in Oz. He visits about once a week to check in and share a meal with those who have made such an enormous impact on his life.

Make sure Ozanam Manor residents have a bed while they get back on their feet.