Making a Difference for Families 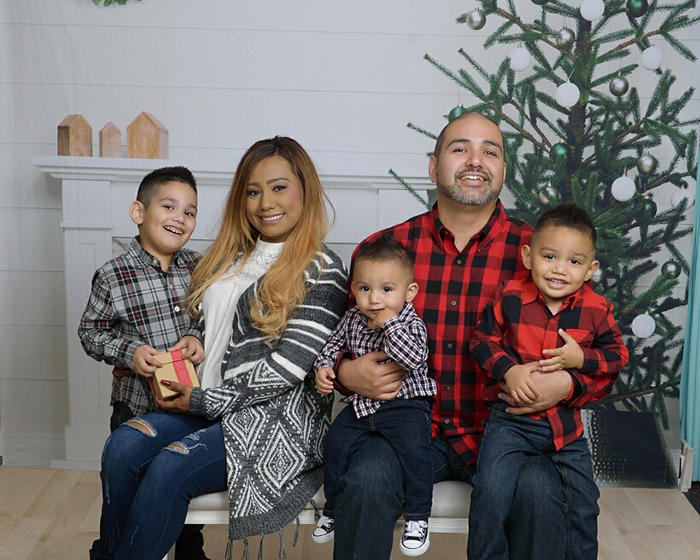 For Juan and Vanessa, family comes first. Juan works three jobs so Vanessa can stay home with their boys, Carlos, Anthony and Isaac. Isaac, their oldest, has autism and requires many hours of intense therapy and multiple doctors and specialist appointments. “And then you throw in a two-year-old and a one-year-old. It’s a little hectic to say the least,” says Vanessa.

Vanessa called several agencies with no luck. “We got the door…shut in our faces lots of times,” she said. After remembering that St. Vincent de Paul had helped them years ago, Vanessa brought her family to our Resource Center. “We were expecting to be told ‘no’,” she said.

It happened to be a rather busy day and resources were running out quickly. Vanessa shared her family’s needs but the Resource Center staff were unsure that they’d be able to meet them. Sister Carmel overheard Vanessa’s plea for help and pulled them aside. Vanessa explained the situation they were in and showed Sister Carmel the documents to prove it. Sister responded, saying, “Let me see what we can do.”

Because SVdP caught them up on their payments, Juan and Vanessa were able to get married by a Justice of the Peace a couple weeks later. It had been their dream for so long to get married and that dream became a reality. “I don’t know where we would be if it wasn’t for St. Vincent de Paul,” said Vanessa.