On the Street and Lost in Space

From the Street to the Safety of Ozanam Manor, One Veteran Found His Way Home 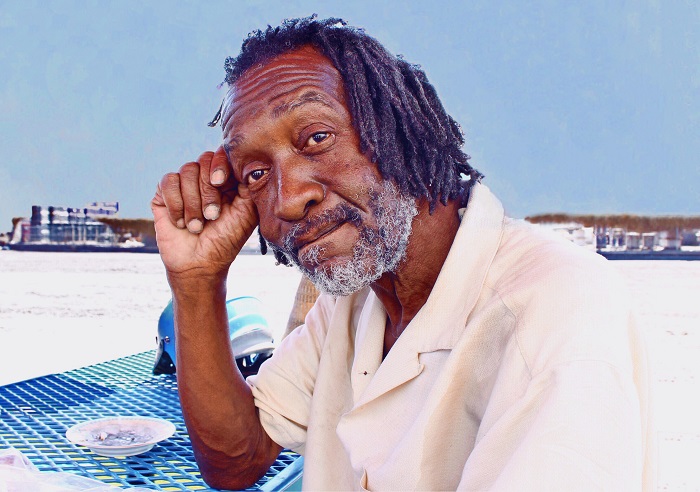 The summer solstice is traditionally considered the beginning of summer across the nation, but in Arizona, summer arrived over two months ago when triple-digit temperatures marked the forecast in early April.

With an average high temperature of 106-degrees, Phoenix’s increase in heat is creating a dangerous problem for the valley’s homeless who have nowhere to turn.

Air Force veteran Phillip Alexander is all too familiar with the dangers of heat. After a housing dispute in Tucson caused him to lose his apartment, Phillip relocated to Phoenix for a fresh start.

With little luck of finding a permanent residence, Phillip found himself living on the street, homeless.

That was just two weeks ago.

In order to battle Phoenix’s notorious heat, Phillip knew he had to find shelter. He decided that a park would offer shade from the sun, provide access to a water fountain, and have an available public restroom.

Unfortunately for Phillip, who had little familiarity with his surroundings, a park was nowhere to be found.

“I searched and searched and couldn’t find anywhere to go. No park, nothing,” Phillip said. “I own a folding chair that I had purchased at Walmart. I was lucky I brought that, because when I couldn’t find place to sleep, I would just sit upright in that chair and sleep.”

Phillip recalls that the most difficult days were the days he couldn’t find water.

“I couldn’t get water for two or three days,” he said, “when you don’t have any water, you feel like you’re going to die of thirst. The only water I would get was when people would drive by…if I could get that.”

When valley temperatures rise above 100-degrees, the extreme heat is stressful on the body. For men and women experiencing homelessness, water becomes a necessity to survive.

The body has built in safe-guards to keep itself from overheating.

“Typically, the body can cool itself shedding unused energy in the form conduction,” explains St. Vincent de Paul’s Medical Director Dr. Maurice Lee. “This means that heat from your body is released into the air with your skin acting as the conduit.”

When the environment is too hot, heat flows into the body rather than out, which causes perspiration.

“Without proper hydration the body cannot cool itself,” Dr. Lee continues, “this causes the heat to become trapped, which raises our internal temperatures.”

Extended exposure to heat without treatment causes dehydration and from there, it gets worse.

“When the body becomes dehydrated this decreases its ability to sweat,” Dr. Lee continues, “and if left untreated, heat stroke, irreversible organ damage or even death can become the outcome.”

The Occupational Safety and Health Administration recommends drinking one 16-ounce bottle of water per hour when outside during the summer months. When participating in outdoor activities like hiking—that recommendation is doubled.

For Phillip, dehydration was a reality. After spending five days on the streets he knew he needed help. He found relief at Central Arizona Shelter Services’ (CASS). There, he found water, food and shelter. Shortly after his arrival, he was connected with a Veterans Affairs case manager who knew the perfect place for Phillip to get back on his feet. 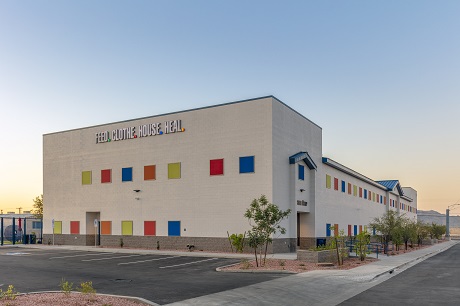 Different than a daily shelter model, where people get a bed to sleep for the night and leave in the morning, Ozanam Manor is a transitional shelter that houses residents until they are able to move into their own housing. Residents are paired with volunteer mentors to help them navigate barriers like medical and legal issues, and seek opportunities like career training and additional education.

Phillip has been a resident of Ozanam Manor for just three days. Reflecting on his journey, he explained that being homeless is a lot like being lost in outer space.

“If you don’t know anything, like where to get help, you’re lost in space. You’re out there all by yourself,” Phillip said. “With help, you become a star in the sky. You won’t lose. You just have to have the self-motivation to not let yourself lose”.

With a little help from Ozanam Manor, Phillip is a star shining bright. 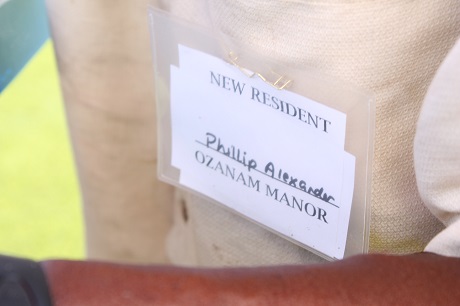 You can shine bright too by helping fight hunger and dehydration this summer. We've teamed up with CBS 5, Papa Murphy's and other partners for the Summer Action Hero food drive. Throughout the month of June, bring your canned food donation to any Papa Murphy's location in Arizona and receive $3 off your take and bake pizza.

If you can't make it to a store, you can still help by making a donation online to provide food, water and emergency one-time assistance.