A Call to Service for Others

From Mighty Mouse to MLK Jr., SVdP's newest staff member has always admired those who help others. 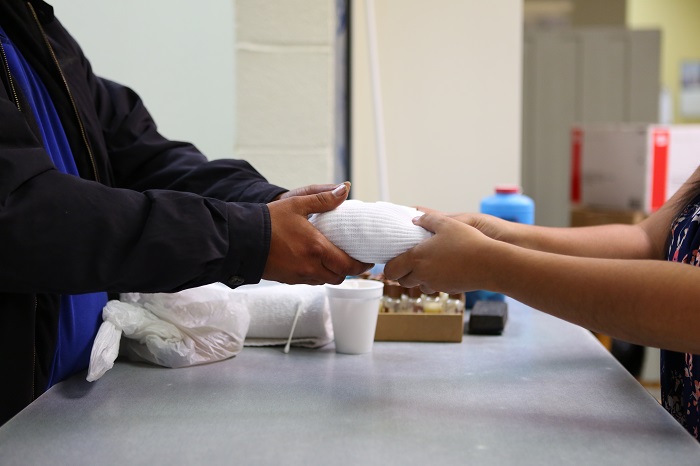 Cherylyn has been the manager of St. Vincent de Paul’s Special Ministries for, what she calls, “Eight marvelous months.”

Housed on our Watkin's campus, our Special Ministries program provides a safe haven for families in need of help. Our staff welcomes guests and provides showers, clothing, shoes, counseling and referral services, and each day Cherylyn is there to guide her staff so that together, they can offer a caring hand to those who need it most.

Originally from Tennessee, she ran a social service agency in Massachusetts, where she lived for 28 years, before relocating to Phoenix, working with Valley of The Sun United Way for the past five years and then becoming a part of the St. Vincent de Paul family. 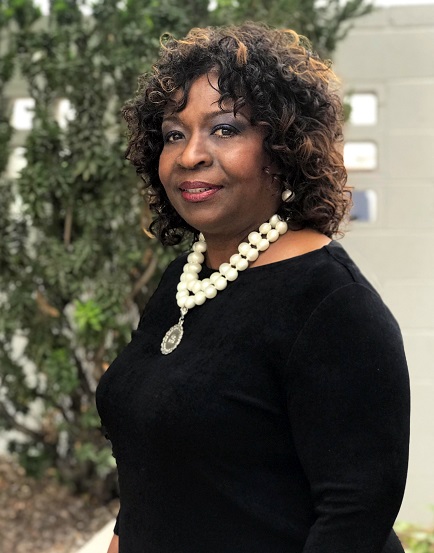 Special Ministries serves different groups of people, primarily individuals who are experiencing homelessness, as well as families. For Special Ministries, a ‘family’ can be of any makeup, and composed of any grouping, such as an elderly parent and a middle-aged disabled offspring, or a single father with his teenage daughter.

The resources are there for all for the same purpose: to prevent homelessness.

They take pride in serving groups of people who are stranded here in Phoenix, including those who came in on a promise that there was going to be a job or a place to live, but something happened. They try to get them out and give them assistance with travelling back home, or in or out of state to where there is a caring relative, or wherever it may be they need to go.

Diverting those people from experiencing homelessness on the street, and bringing them to a safe place to be is their priority. They also aim to prevent eviction, or a utility cutoff which can make a person’s living situation unsafe and uninhabitable. Assisting with a car payment or a minor crash repair that prevents someone from being able to get to work and to be sustainable are also services Special Ministries provides.

Cherylyn often uses a quote from Dr. Martin Luther King Jr. which is, “Life’s most persistent and urgent question is, ‘What are you doing for others?’“ 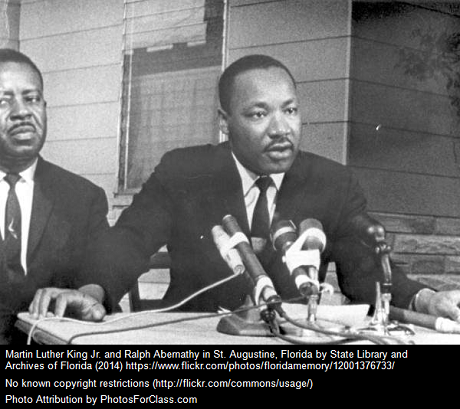 “I think my purpose in life is service,” she said.

“I don’t know that [getting into service] is something that I knew, I think it’s just a way of being and I think it’s who I am, and that I’ve been this way forever.”

“When I was little, I was the one who would always befriend the kid that nobody would talk to or the kid who was being picked on. I was always right there, ready to fight,” she said.

Thinking back now, she laughs because she was tiny, and thinks about the similarities between her and her favorite cartoon hero, Mighty Mouse.

The next major event in her life was the sanitation strike in Memphis in the 1960’s.

During that time, she recalls sanitation workers being called ‘garbage men,’ and how they had no dignity.

They had to work out regardless of the weather, and had to go into one’s backyard, get the trash, and bring it out.

One day in particular it was raining, and two sanitation workers were crushed in the garbage truck.

That was the day the men sat down and went on strike. 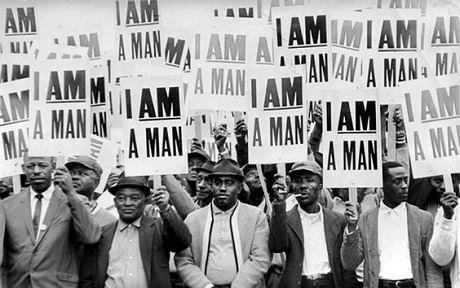 “That just kind of changed my life,” she said.

“Dr. King came in and helped them organize, and there was a march, and I marched in the ‘I Am a Man’ March,” she said.

“I was in the temple for Dr. King’s last sermon before he was assassinated the next day, so there have been a number of things that have probably propelled me into activism, but I think it’s always been there to serve, regardless of whether it’s a macro or a micro-level, I think I’ve just always known,” she said.

“The older one becomes, I think we get to where we realize, ‘I am even more today of what I was then,’ so it was service then, and it still is,” she said.

When she went to college, she went into nursing, but that didn’t work out for her because she couldn’t stick the orange with her needle. She then went into psychology, but she couldn’t stand the rats, and when trying sociology, she found it to be too boring and theoretical.

But in that major, she happened to take a social work class, and that reaffirmed who she was and her purpose: to serve.

Join us at St. Vincent de Paul in welcoming Cherylyn to our team!

Give a Chance at a Fresh Start

On an average day, we serve about 200 walk-in guests, who need basic services ranging from showers and clothing to counseling and job referral. Your gift powers our programs as we provide vital support to those who are struggling.