Spring is here, which is why there is no better time to meet some of St. Vincent de Paul’s most dedicated volunteers—the Urban Farm chickens!

That’s right, SVdP has six hens in its chicken coop at its largest farm collocated with the Phoenix Dining Room.

Just how did we come to have chickens? They were donated to us! And like every good soul that comes to SVdP, they put their service hearts to work.

No, we don’t use their eggs in our kitchen. Instead, our chickens help maintain our farm, contributing to caterpillar and pest control as well as enrichening our compost soil with their poop.

But this mutually beneficial system came about by surprise when they were first donated in 2017.

“I’m from Detroit,” said Nika Forte, the Urban Farm Manager. “I never kept a chicken. What was I supposed to do with all these chickens?”

Now she can’t imagine not having them around. She’s incorporated them into her Junior Master Gardener Class curriculum, so student farmers can learn all about keeping chickens and maintaining a coop as well as a farm.

Nika is looking to expand the chicken coop by 20 feet, but currently there are more pressing Urban Farm projects needing support, including:

That’s why this Arizona Gives Day, April 2, choose to support St. Vincent de Paul’s Urban Farms at https://www.azgives.org/stvincentdepaul. Don’t forget to select “Gives Day” to contribute to be part of the effort!

And now for what you’ve all been waiting for! Scroll below for profiles on each of our chickens. (Click on each image to view a larger version.) 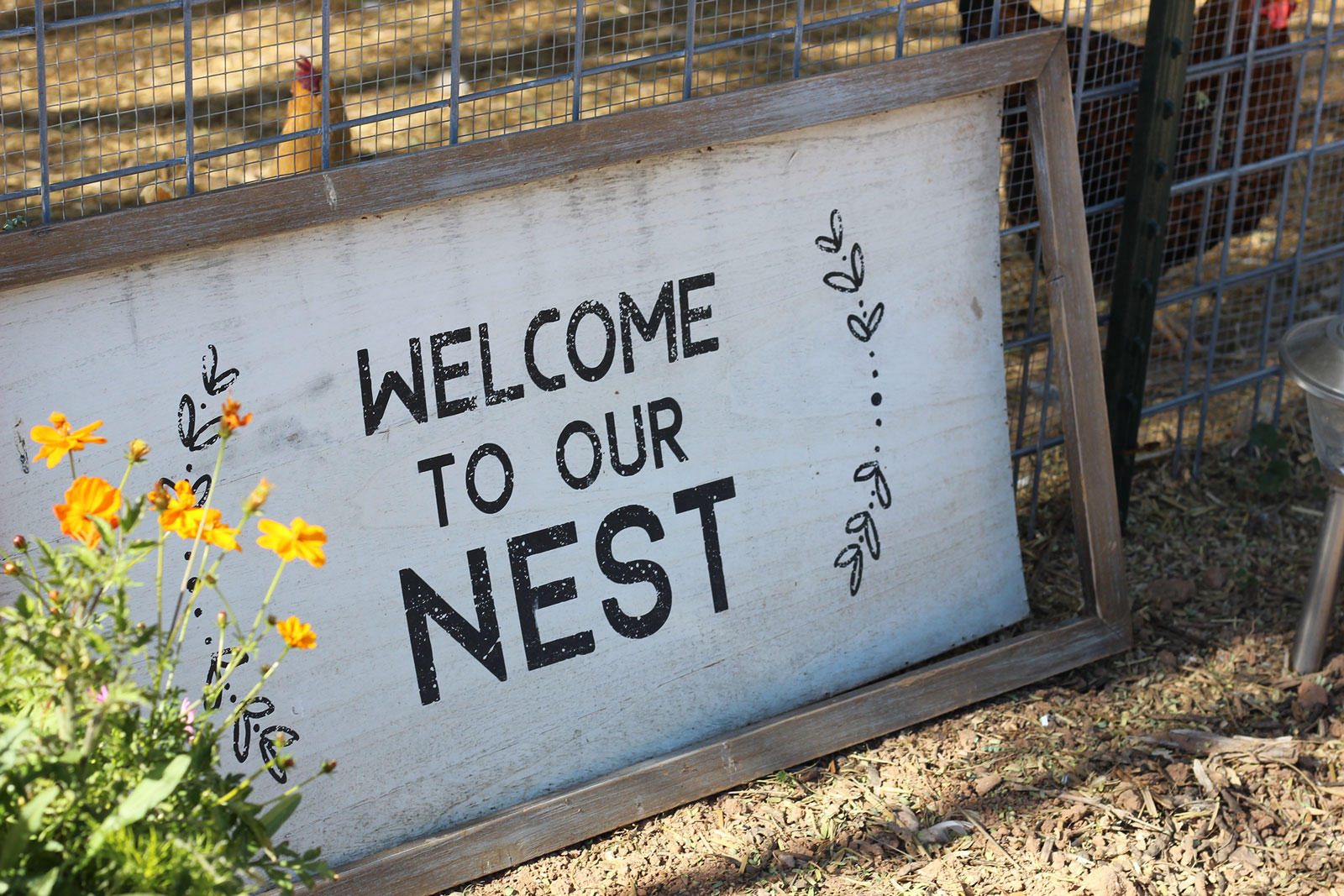 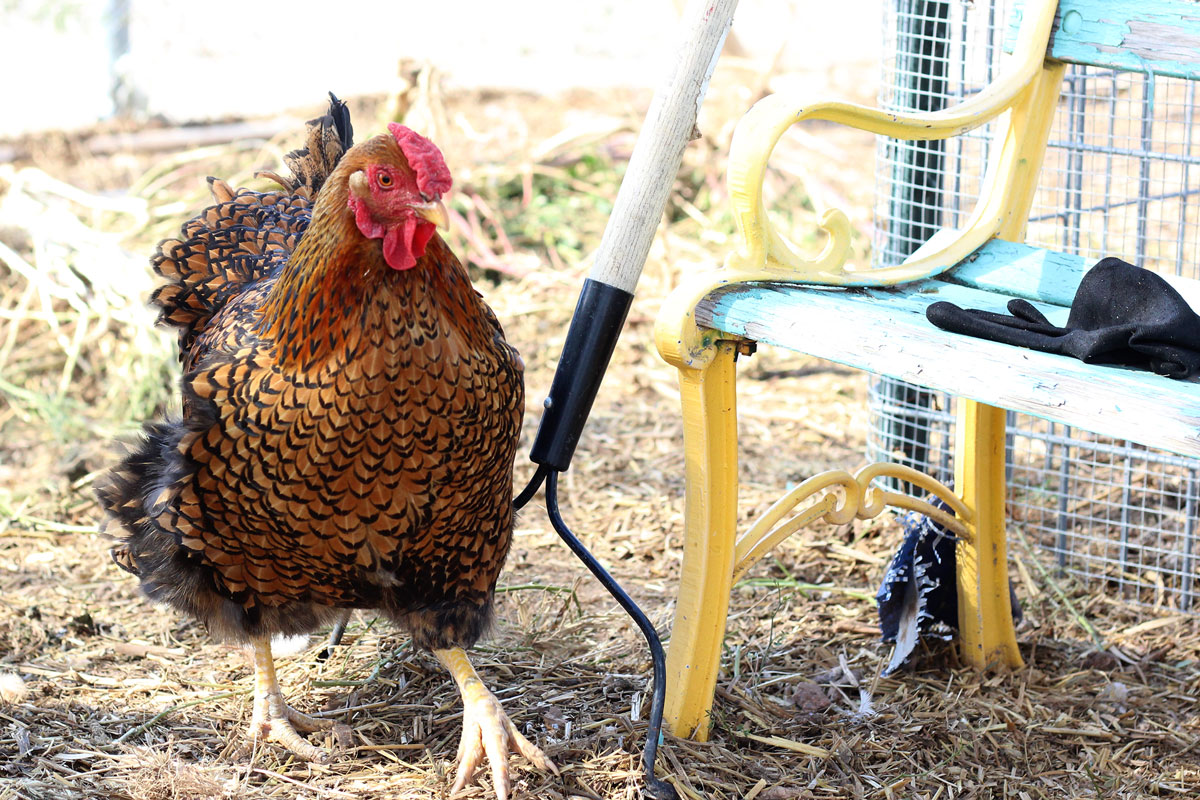 Don’t call me Dottie: Dotte, pronounced “doe-t,” is a sophisticated gal. She’s not that Lottie Dottie chicken from nurseries. She gets her name from her American breed, the Wyandotte.

Her happy place: Dotte likes to kickback on top of the mini bench in the coop and let the other hens do the gossiping. She’s never in the thick of it. 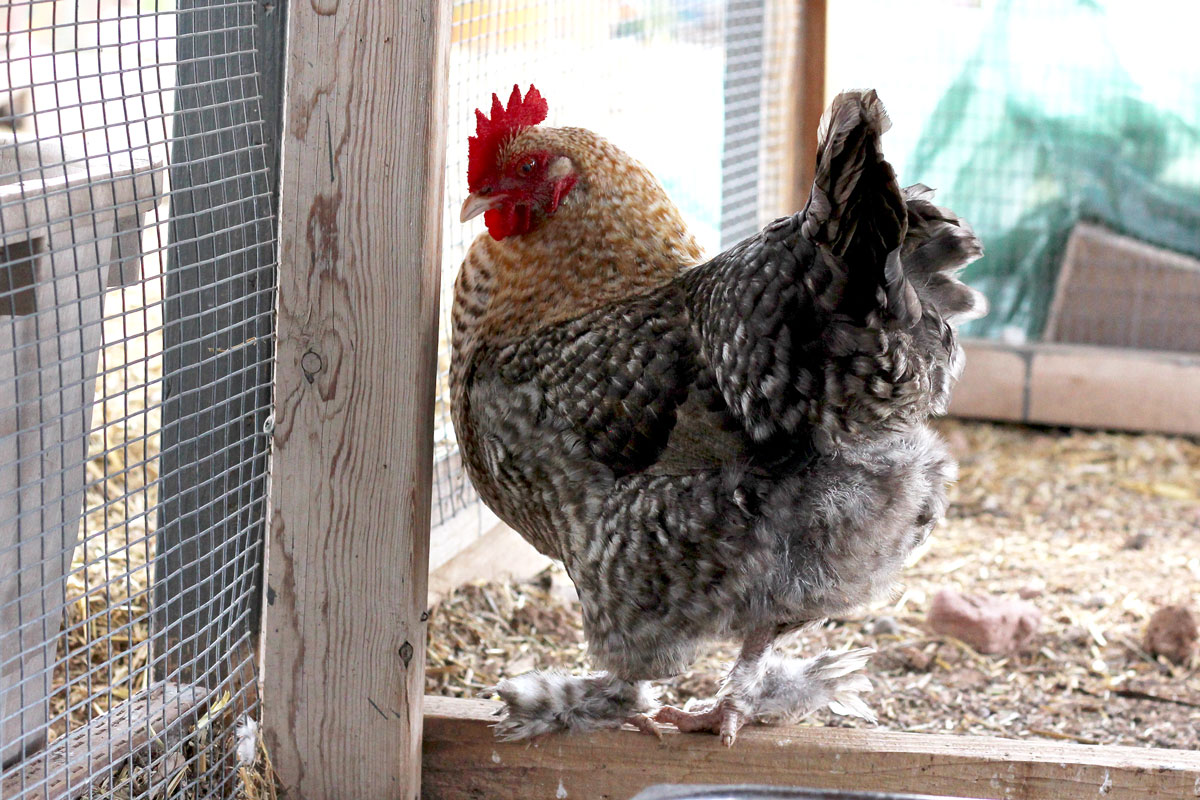 The Clydesdale of chickens: It’s no surprise that Fluffy gets her name for her featheriness, especially on her legs. She looks related to a Clydesdale horse with the extra floof at its hooves.

A tree climber: Fluffy climbs on EVERYTHING. She even once climbed up the mesquite tree inside the coop, surprising her caretakers when they couldn’t find her at first.

The overseer: Climbing makes sense for Fluffy because she is the overseer of the group, so she has to sit up high to get the full view of all that’s going on. 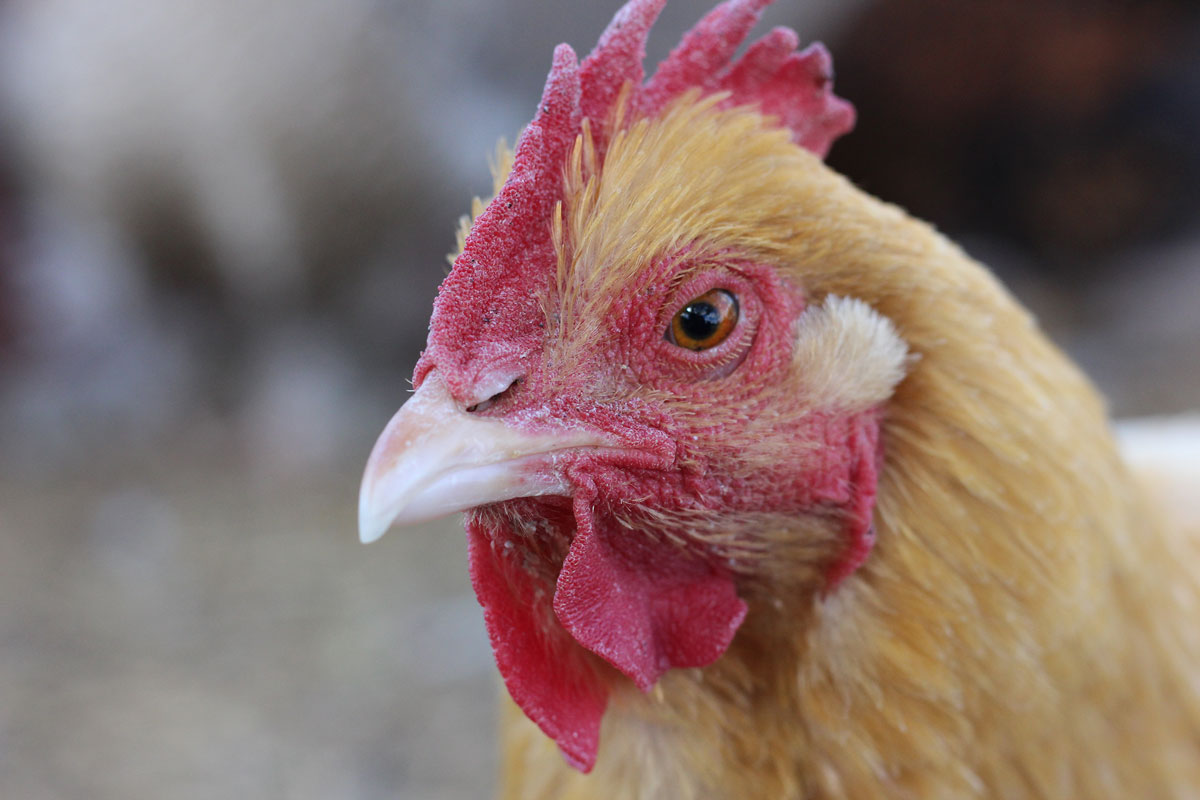 Definitely the golden child: Goldie just has a way of stealing hearts with those blonde, blonde feathers of hers.

A quiet gal: She’ll let the other hens squawk and cluck, while she keeps to herself and gracefully glides around the coop.

Aspires to an acting career: If you couldn’t tell, Goldie certainly loves being in front of the camera. Maybe she gets it from her namesake—Goldie Hawn. 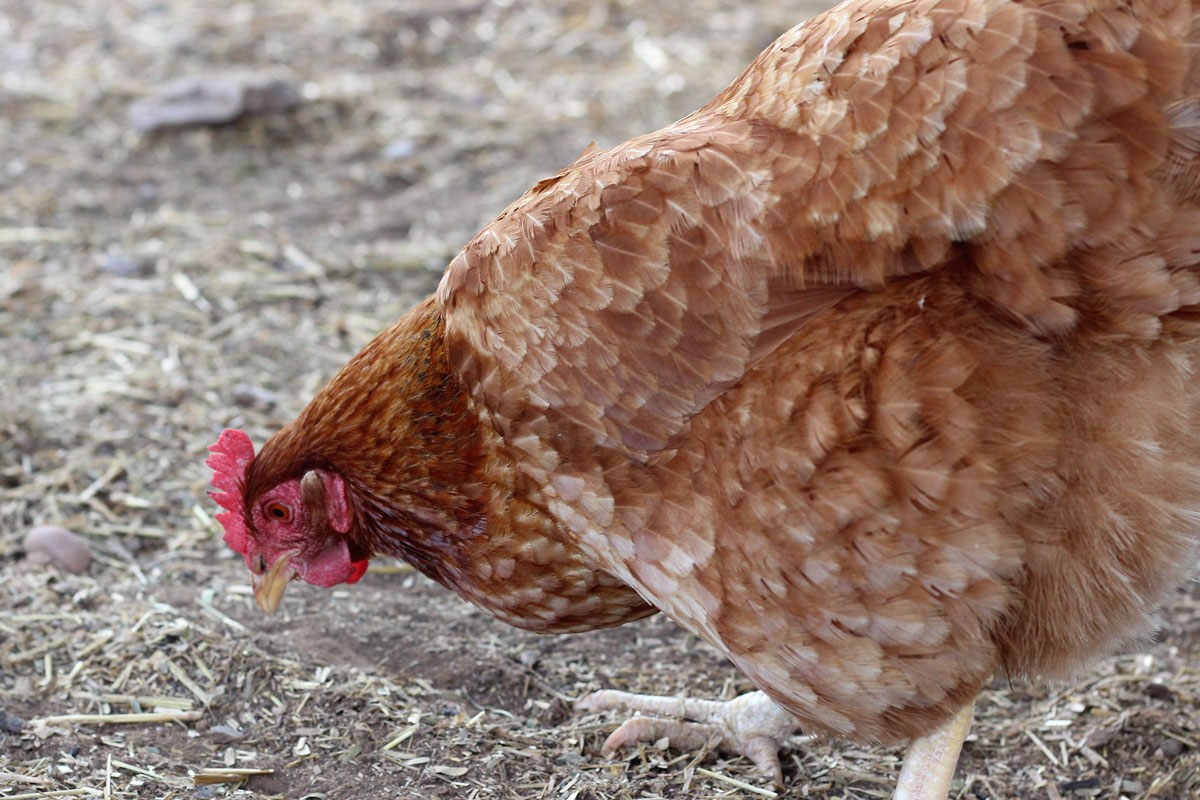 Survived a bobcat attack: Once a member of a volunteer’s larger brood, Lucky was the only in her family to survive after a bobcat attacked their coop.

She’s a toughie: Lucky likes to think she’s the alpha hen, but she’s not. Still, she doesn’t let the other SVdP chickens push her around. She’s first to the feeding and pretty darn vocal about it. 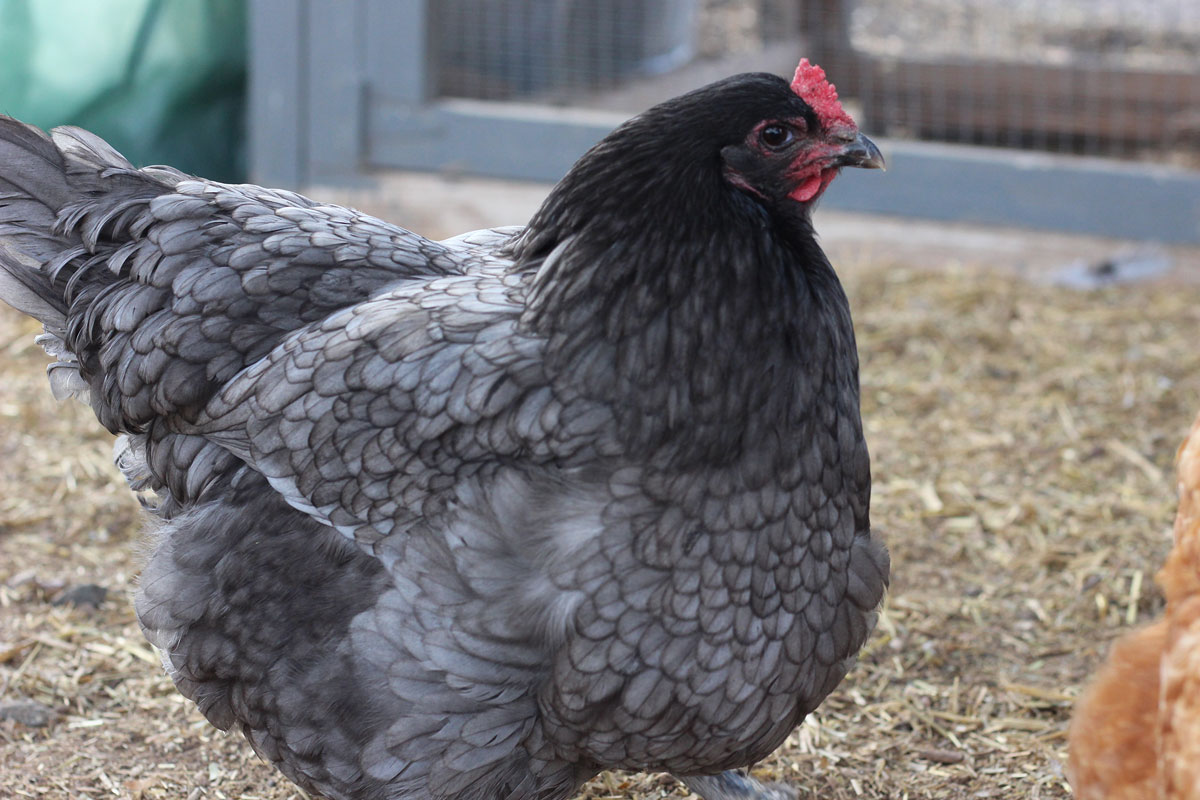 Head hen in charge: Midnight is the oldest hen of the group and top of the pecking order. There’s no question that she will eat first.

A wise woman: Nothing shakes Midnight. She’s always steady, calm and wise in her leadership.

She has a strut: Midnight walks with confidence around the coop and has a quiet dominance about her that helps keep everyone in line. 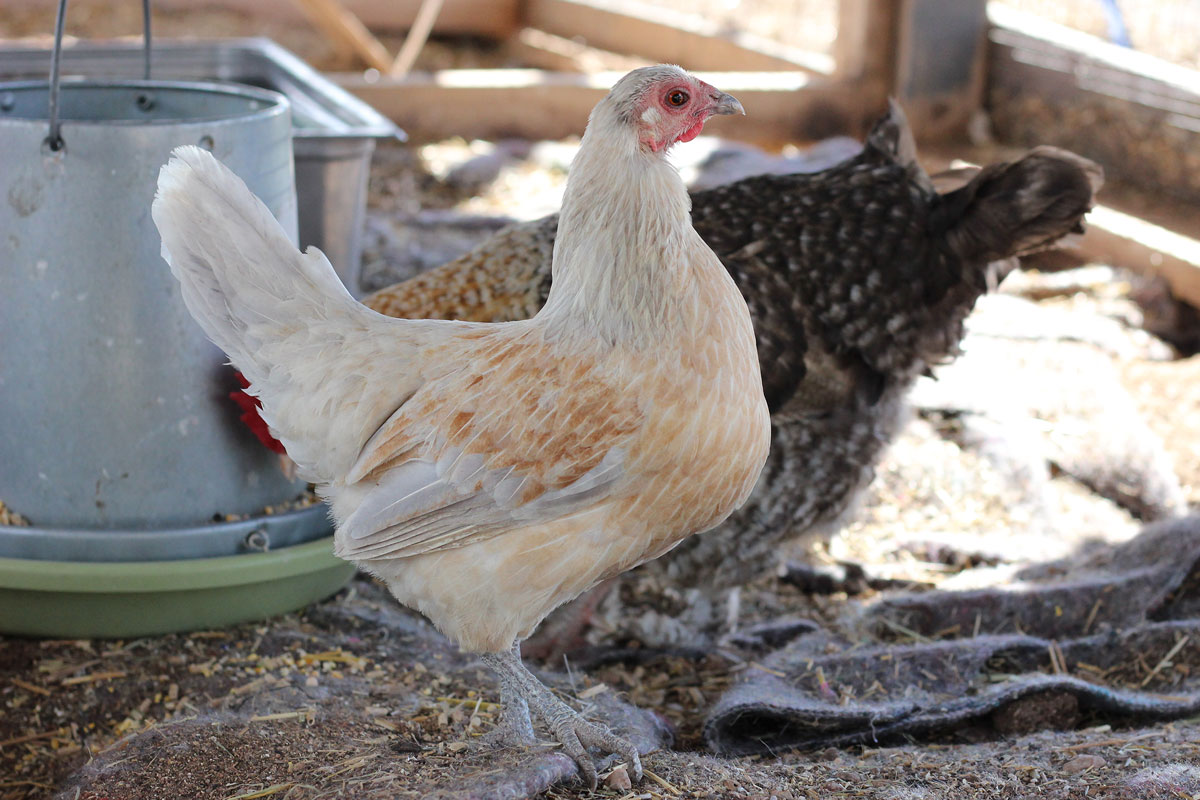 The baby: Penelope P. is the smallest of the hens, placing her at the bottom of the hierarchy. She may be petite in size, but she’s big in her loving disposition. She’s the absolute sweetheart of the group.

Pretty blue eggs: You know it’s a Penelope P. egg because it’s the prettiest blue one among the batch.

The cuddliest of them all: Penelope P. isn’t shy about being held. She loves to be in your arms and is especially snuggly with the kids in the Junior Master Gardner Class.

Our 2-acre Urban Farm provides hundreds of pounds of nutrient-dense produce for our kitchen and food box program. Give today to expand our capacity to grow more food.